Tennis Elbow is a common condition that can affect anyone of us at some point in our lives. Medically, it is called a Lateral Humeral Epicondylitis which to those who are not familiar with such jargon is not a blind bit of help. Even the more recognized term, Tennis Elbow means very little.

You do not have to play tennis to experience this problem, although many players of this popular sport have been disabled by it. Before there were power tools, some jobs e.g. screw-driving could cause this to happen. When using a screw driver or for that matter, a tennis racket, the very act of gripping and twisting with strength for hours on end is tantamount to what is commonly referred as a repetitive strain injury (RSI).

Having established why it can happen, the 64 million dollar question is what can be done to alleviate and ultimately cure it? In order to provide an effective non-surgical treatment, it is important to understand what physical structures have been hurt and to know precisely where exactly they are.

For most folk the medical term Lateral Humeral Epicondylitis is double-dutch but it does define the location. The elbow is the visible joint between the lower and upper parts of the arm. The long bone between the shoulder and elbow is called the Humerus and on this bone there are various lumps and bumps which have names. At the bottom end of the Humerus there are two prominent bumps which are given the name Condyle; so an epicondyle is a round point upon the condyle (epi- means upon). To define the origin further the word lateral is used which simply means to the side of the bone away from the middle of it.

So we now know the site of injury but epicondyle has had -it is added to it, which means inflammation, so words like tendonitis and neuritis means those bits of your body are that are inflamed. Hence a Lateral Humeral Epicondylitis is nothing more than an inflammation of the bony prominence at the side at the bottom end of the long bone of the arm.

This is not quite the full story because if it is simply a bit of the arm bone being inflamed, what about the soreness and sometimes quite disabling pain we feel in the forearm itself, in particular the muscles that are involved with gripping and twisting.

Having had the opportunity to treat several top professional tennis players, it is impossible not to notice how incredibly developed the muscles of the forearm are as compared with the opposite arm not being used. It reminds me of the cartoon character Popeye whose forearm muscles used to grow massive after swallowing a can of spinach. In some cases the muscles can be easily be twice as bulky.

Fundamentally, that is the clue to the cause of the inflammation. It has to do with the fact that there are five muscles that have a common tendon that anchors them to the lateral epicondyle. I often like to think of the idea of five guy ropes that are securing a structure, in this case the forearm, all attached to the ground by a single pin. Normally, this tendon which all muscles have at either end, is usually pretty happy. However, as you can imagine if you continuously use the forearm day in and day out, as tennis players do, this leads to a thickening and tightening of these five muscles.

Eventually, what can happen is that the stress put on the actual point of attachment of the tendon on the epicondyle bone becomes more irritable and vulnerable, especially if the forces involved are sudden and violent. This leads to a strain and injury at the point of attachment which in turn leads to loss of support of those associated muscles involved in supporting those gripping and twisting actions.

An obvious way of helping this injury is simply to rest it. In mild cases, the patient is often willing to wait until there is a form of spontaneous recovery but many folk are not so accepting especially if the symptoms last for two years or more! When it comes to top professional tennis players, pain and loss of function is totally unacceptable.

The one and only time that I personally became acquainted with Tennis Elbow was as a student, when a guy in the year above challenged me to an arm wrestling match. In spite of my arm being longer than his, he beat me pretty convincingly, not so much to do with strength but because of his shorter lever. It was in the final bout of three that I felt something go ping in my forearm and knew immediately from the loss of grip that I had started Tennis elbow. My victor cheerfully told me not to worry and that he would have it fixed for me within a week. So said, so done.

It is the treatment that I have used on every Tennis elbow since I qualified. What it requires is very deep penetrating soft tissue massage on the muscles of the forearm, which in the vast majority of cases are very tight and often quite nodular and lumpy. Truthfully, I would be lying to you all if I did not tell that it can be excruciatingly painful. Many a grown man have succumbed to tears and asked whether this treatment approach is necessary.

In my experience, this condition can be slow in responding. In order to speed up and facilitate the body’s natural healing abilities, it is important to work on the strained tissue specifically to breakdown adhesions and nodules that can build up as a consequence of injury. In doing so, the act of massage drains the tissue getting rid of cellular breakdown products, improving the blood flow which provides all the necessary healing nutrients.

After the treatment, the muscles can feel sore, so I encourage the patient to apply ice packs for 10-15 minutes at a time which reduces the inflammation and again stimulates the blood flow. Naturally, the actions that provoked the condition in the first place need to be modified or stopped altogether until the normal status quo has returned.

The use of a strap around the forearm placed just below the elbow can be helpful in supporting the actions that we take so much for granted, which can help reduce the strain on the muscles affected.

So far I have focused on non-surgical intervention. Briefly, there is the use of hydro-cortisone injections to nullify the local inflammation. This must be delivered precisely to the sore spot. This is not easy to do and can require several injections before there is resolution. I know that many folk have little appetite for these injections. Ultimately, there is an operation that can be performed. I am not an orthopaedic surgeon so I shall not venture down that road.

Finally, prevention is much easier than the cure. Just be careful when involving that part of your body in a forceful stressful fashion, especially when gripping and twisting hard. Muscles are not machines and are not able to perform endlessly and tirelessly, even if they are well conditioned as with athletes, who are just as susceptible to injury.

How to Get Rid of Problems of the Respiratory System

Painful conditions of the shoulder are a common musculoskeletal complaint. Shoulder problems range from a […] 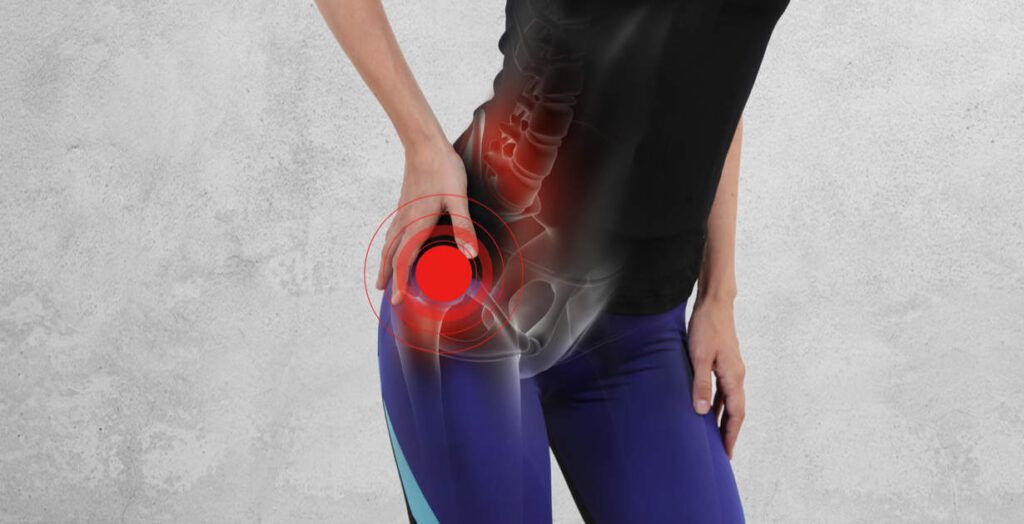 As a chiropractor, when I ask people to point to their hip pain it is […]