Minoxidil is by far one of the most popular drugs used to battle alopecia and male pattern baldness. Made popular by Johnson & Johnson with Rogaine, it is one of the hottest sellers on the market today, followed by Finasteride. (In the market today, Finasteride is sold as Propecia, with some hardcore side-effects. But let us put that aside, that is for a different time.)

For now, we will get right into Minoxidil, and a huge revelation. Here is this: Minoxidil does not stop hair loss. Minoxidil just stimulates some hair growth by dilating blood vessels.

Minoxidil doesn’t address the main causes of hair loss. As a result, over time, minoxidil stops being effective. At some point, the amount of hair lost becomes a lot more than the amount minoxidil can cause, and baldness becomes more and more obvious.

To go into more detail than we did in this article, here’s how both frontal hairline baldness, receding hairlines, and vertex hair loss (hair loss on the crown of the head, such as a growing bald spot) work.

Minoxidil was originally created as a blood pressure medication. Some patients began to notice that when they took minoxidil, they experienced abnormal hair growth. Doctors began prescribing minoxidil off label as a hair growth treatment, and eventually, the company that invented minoxidil marketed it as a medication for men and women experiencing hair loss.

To summarize: by causing blood vessel dilation, minoxidil temporarily works by addressing one of the problems behind male pattern baldness. The effects of minoxidil do not last forever, and that’s because minoxidil does not address the problem of DHT by the scalp. To properly stop and reverse hair loss, you must block DHT and stimulate hair growth through dilating blood vessels.

The best way to stop both frontal hair loss and vertex balding is by using products that address all 3 causes: DHT, lack of nutrient supply, and blocked hair follicles. By treating these root causes, we can effectively stop and reverse male pattern baldness.

Hair fall is the most common problem we are facing these days. It can affect […] 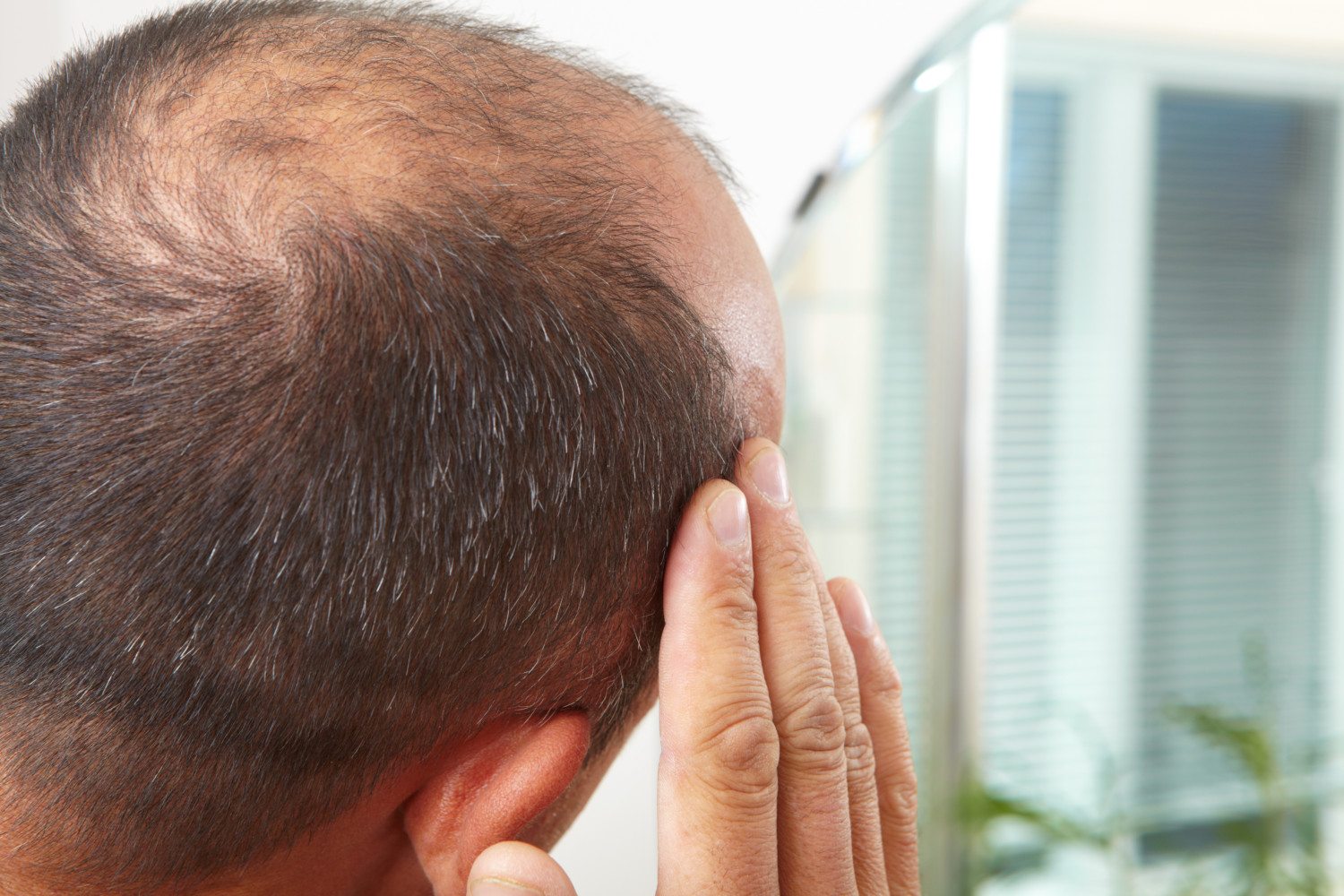 3 Things You Can Do To Stop Baldness